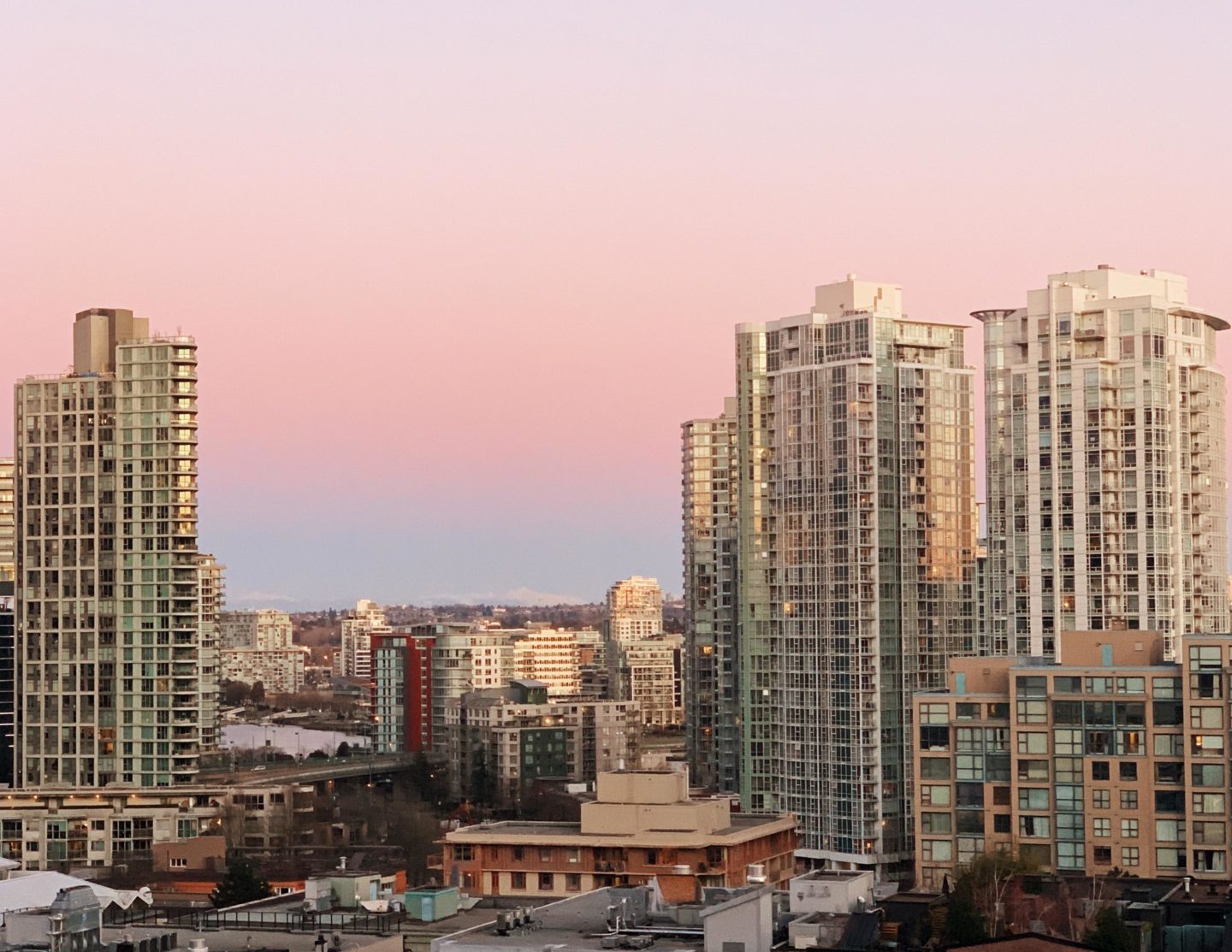 If you're wondering how to be a better ally to the Black community and help in the fight against racism, or you're looking to broaden your understanding of the BLM movement, the first step is education. The more you know, the more you'll understand the injustices and systemic racism that exist in our daily life, and the more you'll hopefully feel empowered to speak up, use your voice and join the fight.

In this post, I've compiled a bunch of resources to help you get educated on Black Lives Matter and racism, ranging from Netflix documentaries to podcasts to great educational Instagram accounts. We have so much information available at our fingertips! So now that the world is finally waking up, we need to keep our eyes open, learn from the amazing resources out there and educate ourselves to be better antiracist allies. I've also been sharing a lot of resources on Instagram if you wanna check that out too 🙂 I'll keep adding to this list as well as I expand my own education, and let me know in the comments if you have any other resources you want me to include!

"13th" - Ava DuVernay explores the history of racial inequality in the US. The documentary focuses on the prison system, how it's disproportionately filled with African-Americans and how the 13th amendment led to an epidemic of mass incarceration especially among Black and non-white people. (Netflix)

"Time: The Kalief Browder Story" - A 6-part documentary that explores how the justice system tragically failed Kalief Browder, a 16-year-old Black teenager who spent 3 years on Rikers Island without ever being convicted of a crime. (Netflix)

"LA 92" - Tracing decades of police brutality, uprising and the LA riots of 1992, which broke out in response to the acquittal of 4 LA police officers who were filmed brutally beating Rodney King. (Netflix)

"Teach Us All" - A documentary about educational inequality in the American school system, tying in the 1957 Little Rock school crisis and segregation, and the need for collective action to address the disparities among American children. (Netflix)

"When They See Us" - Based on the true story of the "Central Park Five", a group of Black teenagers who were scapegoated and imprisoned for between 6-13 years for the rape of a white woman, a crime none of them actually committed. (Netflix)

"Little Fires Everywhere" - Based on the hit novel by Celeste Ng, the series stars Kerry Washington and Reece Witherspoon. It's a complex show, following the residents of Shaker Heights in Ohio as they're forced to reevaluate their lives after the arrival of a new mother and daughter in town. (Prime)

"American Son" - Another one led by Kerry Washington, the film places a Black mother in the waiting room of a police station to find out what the authorities have done with her son, depicting the all-consuming fear that comes with being a mother to a Black son in America. (Netflix)

"The Skin We're In" - A film that pulls back the curtain on racism in Canada, highlighting the systemic injustices faced by Black people living in white-dominated societies and how Canada should also be dismantling the biased structures that hold Black people back. (CBC)

"Sitting in Limbo" - A shocking drama based on the true story of Anthony Bryan, one of the many victims of the recent Windrush scandal, which saw Caribbean immigrants wrongly targeted and deported from the UK. (BBC)

@RachelCargle - Rachel is an amazing educator and speaks about anti-racism, privilege, microaggressions and more. She also dissects messages & comments she receives to help others understand why they're problematic.

@AveryFrancis - Avery shares great information related to diversity within the work environment and resources to help everyone join the antiracism fight.

@TheSlacktivists - A great page that dissects current issues on a global and local level.

@TheManacho - Emmanuel Acho's "Uncomfortable Conversations with a Black Man" series is an absolute must-see, exploring common questions about Black people, race, privilege, and how to better understand the struggles and prejudices towards the Black community.

@SoYouWantToTalkAbout - This is a great account that dissects political and social issues, explaining what they are, how they came about and why they're problematic.

@WeTheUrban - This account does a great job of explaining issues related to race, while also educating and celebrating inclusivity.

"White Fragility" by Robin Diangelo - A fantastic book that highlights the concept of "white fragility", the defences and behaviour adapted by white people when challenged about race, and how white people can engage more constructively when it comes to being an antiracist.

"Why I'm No Longer Longer Speaking To White People About Race" by Reni Eddo-Lodge - Exploring race and racism in Britain and how discussions were being led by those who weren't affected by it. The book highlights the link between class and race, white dominance, whitewashed feminism and the exploration of what it's like to be a person of colour in Britain today.

"Me And White Supremacy" by Layla F. Saad - The author takes readers through a journey to understand their white privilege and participation in white supremacy, to help them do better and stop unconsciously inflicting damage on Black, Indigenous and people of colour.

"The New Jim Crow" by Michelle Alexander - A look into how the US criminal justice system functions as a system of racial control by targeting Black men through the War on Drugs, and how once labelled a felon, old forms of discrimination suddenly become legal and systemic racism is upheld.

"Natives" by Akala - Speaking directly to British denial when it comes to issues of race and class, as well as the police, education, identify, politics and experiences that have shaped the author's life and outlook.

"Invisible Man" by Ralph Ellison - A novel first published in 1952 that speaks about the racial divide in America, the nature of bigotry and its effects on the mind of victims and perpetrators, and a journey from the Deep South to the streets of Harlem.

"How To Be An Anti Racist" by Ibram X. Kendi - A great book for those wanting to go beyond awareness and take the next step of contributing to a just society by being an active antiracist. The author covers the concept of antiracism, talks about the many forms of racism, and how we can opposite racism in our systems and within ourselves.

"So You Want To Talk About Race" by Ijeoma Oluo - The author guides her readers to help them speak more openly about race, and explores subjects related to intersectionality to affirmative action to model minorities, to how racism infects every aspect of American life.

"Girl, Woman, Other" by Bernadine Evaristo - A portrayal of the intersections of identity among of a group of Black British women, exploring Britain's colonial history, feminism & race and a side of Britain that's rarely seen.

"The Daily" - New York Times - With an episode every day, The Daily discusses current events, with a huge emphasis on the BLM movement right now and great conversations about defunding the police, systemic racism, the protests, racism, and much more.

"Adulting" - Oenone Forbat  - Episode: Systemic Racism in the UK - Oenone discusses a range of topics & current events on her podcast, but this particular episode does a great job of exploring racism within the UK as well as within the police system.

"About Race with Reni Eddo-Lodge - From the author behind the book Why I'm No Longer Talking To White People About Race, Reni explores politics, history and antiracism.

"The High Low" - Pandora Sykes & Dolly Alderton - Episode: After The Hashtags - A conversation about online & offline behaviour relating to BLM and the removal of monuments in the UK.

"The Diversity Gap" - Bethaney Wilkinson -  Exploring the gap between good intentions and good impact as it relates to diversity, inclusion and inequality.

As important as it is to get educated on Black Lives Matter and racism, it's equally as important to start the conversation. It can be tough to break the ice, so I'd suggest starting off by having an honest conversation with yourself about any prejudices you may have and racism you've witnessed or experienced over the years. Think internally about your views and why you think the way you do, and what's shaped your views throughout your lifetime.

This is hard to do, but it's so vital. The next step is to start extending that conversation to the closest people around you. Start exploring the topic of race, and of course, tying in your learnings from all the amazing resources out there to empower you to speak up, speak more and ultimately contribute to creating change.

If there are any resources that have helped you guys to get educated on Black Lives Matter and the whole topic of racism and inequality, please let me know in the comments and I'll add them to the list!